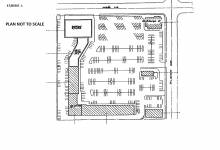 Suites available ranging from 1,290 sf to approx. 28,000 sf.  Each suite features its own entrance, signage and its own restroom.  Perfect for retail, office and medical. 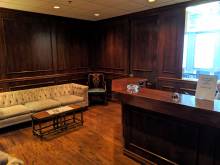 Are you searching for an ideal commercial space for rent Los Angeles has to offer? This excellent commercial property for rent… Readmore

Suites available ranging from 1,290 sf to approx. 28,000 sf.  Each suite features its own entrance, signage and its own restroom.  Perfect for retail, office and medical.

Are you searching for an ideal commercial space for rent Los Angeles has to offer? This excellent commercial property for rent…

My Perfect Workplace is dedicated to finding you the best commercial real estate Los Angeles has available. Located in southern California, Los Angeles is the perfect city for finding the best office space for rent. The most populous city in California and the second most populous city in the United States is a sprawling metropolis that is considered one of the most substantial economic engines of the U.S. The diverse economy of the 502.7 square mile city includes a variety of industries that occupy the commercial space for rent Los Angeles: international trade, entertainment, aerospace, technology, petroleum, and fashion to finance, telecommunications, law, healthcare, and transportation.

The city of Los Angeles is both flat and hilly as it rests nestled between the San Gabriel Mountains and the Pacific Ocean. This city and the commercial real estate therein have the best of both worlds with stunning views of both the ocean and the mountains. Any high-rise commercial real estate for lease in Los Angeles is guaranteed to have a great view. The eastern end of the Santa Monica Mountains spans from Downtown LA to the ocean, providing a border between the Greater Los Angeles area and the San Fernando Valley. Los Angeles is located just southwest of Pasadena and Glendale, east of Santa Monica, and north of Long Beach.

With a total estimated population of 4 million people, Los Angeles is jam-packed with cultural and ethnic diversity. Some of the most diverse locations include Silver Lake and Eagle Rock. These two subsets of this grand metropolis are some of the most countercultural locales in Los Angeles. If you’re ready for a change from the ultra-modern office spaces and would prefer a more eclectic creative office space Los Angeles, check out the office space for lease Silver Lake or the executive suites for rent in Eagle Rock.

Well known for the district of Hollywood, Los Angeles is a major center of the world entertainment industry. Studio City, a small subset of Hollywood, is considered to be part of the Greater Los Angeles area. It was named after the studio lot that was established by Mack Sennett, which is now known as CBS Studio Center. Are you in the entertainment industry looking for the perfect studio commercial property for lease? Call us at 1-888-518-9168 to ask about available office space for lease in Studio City.

Where in Los Angeles Can I Find Office Space for Lease?

The sprawling metropolis of Los Angeles is full of vacant office space for lease, from coworking space for rent to high-rise serviced offices for lease. My Perfect Workplace can help you find exactly what you need exactly where you need it. Downtown Los Angeles is a great place for just about any industry. There are several districts within DTLA that provide the perfect office space for lease. These include executive suites Los Angeles in the Financial District, creative office space in the Arts District, office space in South Park, Koreatown, Little Tokyo, Chinatown, the Historic Core, or even the Fashion/Jewelry District. To learn more about Downtown LA and the listings we have available check out our page on DTLA.

We have more information on some of these Greater LA cities including Hollywood, West Hollywood, Century City, Beverly Hills, and Downtown LA.

Transit is made incredibly simple in both downtown and the Greater LA area. I-5 and I-10 run the north-south and east-west span of the United States, making access to other states from your executive suites Los Angeles simple and convenient. Lost Angeles is also known for having excellent public transit with one of the most used bus line systems and a subway and light rail system. You have your choice of five different airports to use in Los Angeles, however, the most commonly used is the Los Angeles International airport.