Find class A Century City, CA office space for rent at 1999 Avenue of the Stars, Century City, CA 90067! Plant your business in one of La-La Land’s most prestigious business districts! Standing at 39-stories… Readmore 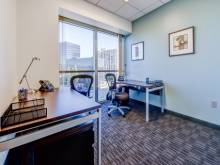 An excellent opportunity to gain your very own … Readmore 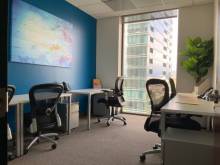 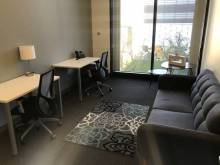 Built in1982, the Century City Business center at 1901 Avenue of the Stars, Century City, CA 90067 has remained one of most sought-after buildings to lease office… Readmore

An excellent opportunity to gain your very own …

Built in1982, the Century City Business center at 1901 Avenue of the Stars, Century City, CA 90067 has remained one of most sought-after buildings to lease office…

We Have the Best Office Space for Rent Century City, CA

If you're looking for the perfect commercial real estate near me, check out office space for rent in Century City, CA! You won't be disappointed at our great selection of high-rise, class A office space.

Originally developed on 180 acres of the former 20th Century Fox Studios backlot, this "city within a city" came to fruition. Today, Century City, CA, hosts roughly 34,300 people within a 1-mile radius of the city center and countless businesses.

While Century City, CA is a prominent employment center and shopping destination, it remains linked to the movie industry and old Hollywood, CA. In recent years, CNN Money ranked the city as the 7th wealthiest zip code. As a highly desirable city to live in and work in, it's no wonder that the median household income is $115,139.

As a highly desirable location with countless elegant buildings and quality serviced offices for lease, Century City, CA has become one of LA's most prestigious business communities. From large corporations to mid-size businesses and emerging entrepreneurs, business professionals from all over Los Angeles, CA, seek executive office space in Century City., CA.

11.1 million square feet of Class A executive Century City commercial real estate office space for rent is present in Century City, CA, making it one of the densest concentrations of high-quality office space in Los Angeles.

Commercial Property in Century City, CA with Plenty to See and Do

Over the past 50 years, Century City, CA, has transformed into a vibrant city full of culture, entertainment, and business. Now one of the Westside's premier shopping and entertainment destinations, a wide selection of new American restaurants, Italian bistros, and casual cafés are all within reach for tenants that secure office space for rent in Century City, CA. Westfield Century City is a modern outdoor shopping complex with upscale retailers and gourmet cuisines that continue to draw attention. A recent $800 Million renovation and expansion of the shopping center has brought in even more diversity and culture.

The state-of-the-art Annenberg Space for Photography is arguably one of the most prominent cultural destinations in the area that exhibits digital and print photography and creates a new paradigm in photography.

The anticipated Purple Line Metro Rail stop as part of the Westside Subway extension will further introduce structural change to this Westside market by increasing mobility throughout the city and into neighboring communities. Immediate access to Santa Monica Blvd currently allows commuters to access the 405 and 10 freeways easily and provides a direct link to Santa Monica, CA and Silicon Beach to the west, and Central LA and Downtown LA to the east.

What are you waiting for? Call one of our partner commercial real estate agents to tour your next executive office space for rent Century City, CA: 1-888-518-9168