If you’re looking for the best waterfront coworking space Oakland, CA has to offer, you’ve found it! 66 Franklin Street offers close proximity to the water and… Readmore 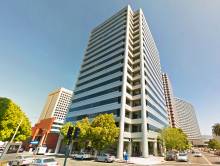 Ideal Oakland Office Space in the Heart of Downtown

Right off Lake Merritt, across the Bay from the San Francisco skyline, you can imagine this Oakland office space… Readmore

If you’re looking for the best waterfront coworking space Oakland, CA has to offer, you’ve found it! 66 Franklin Street offers close proximity to the water and…

Ideal Oakland Office Space in the Heart of Downtown

Right off Lake Merritt, across the Bay from the San Francisco skyline, you can imagine this Oakland office space…

Being a major West Coast port city, commercial real estate Oakland is in high demand. It is the largest city in the Easy Bay Region with 425,195 residents calling it home. This unassuming port city is considered the trade center of San Francisco Bay, making it the busiest port in all of Northern California. Oakland is located just across the Bay from San Francisco, north of Union City and Freemont, and south of Berkeley and Richmond. Oakland’s economy is thriving and it is the perfect time to find office space for rent in this San Francisco Bay hidden gem.

Currently, Oakland serves a wide array of industries from tech companies to healthcare and social services to education. If you choose to rent one of our office spaces in Oakland, you’ll be sharing the city with industry dominated companies like Clorox, Kaiser Permanente, Cost Plus World Markets, Ask.com, Uber, and Pandora Radio. If you’re a tech company, Oakland is perfect for you as it was ranked the fifth best city for tech entrepreneurs by total capital investment.

Oakland is separated into several neighborhoods and districts which means there is a variety of Oakland office space. Among the notable are Chinatown, City Center, Uptown, Civic Center, and Lakeside. One of our properties for rent is located in the Lakeside district (1901 Harrison Street). This district is bordered by its namesake, Lake Merritt, giving all the prime office space for rent in this district some spectacular views. In addition to the views, Oakland is a great city for walking. In fact, it was rated the tenth most walkable city in the United States. Better get your walking shoes out!

A complex system of public transit connects Oakland to its neighboring cities both across the Bay and on the East Bay side. Downtown Oakland is the heartbeat of this large city and boasts many different types of office space for rent, from executive suites to co-working office space to shared office space, Oakland has it all. Several restaurants with varying cuisines also call downtown Oakland home, which means you’ll always have a spot for a mid-day lunch meeting or a celebratory dinner and drinks.

Does this sound like the perfect location? Are you ready to browse the available commercial real estate Oakland, CA? Call us today: 1-888-518-9168!