Immerse your business with the perks of Rancho… Readmore

Office Space for Lease San Diego at One America Plaza

Are you looking for office space for lease… Readmore 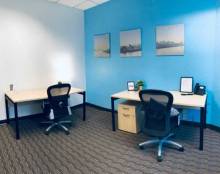 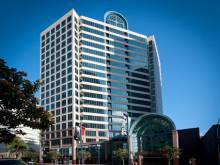 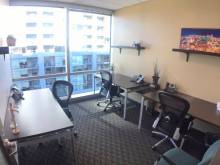 Immerse your business with the perks of Rancho…

If you’re searching for amazing Mission…

Office Space for Lease San Diego at One America Plaza

Are you looking for office space for lease…

If you’re looking to work in one of the fastest-growing technology hubs in the United States, San Diego office space for rent is worth seeking! Positioned 120 miles south of LA and immediately adjacent to the Mexican border. As the second-largest city in California, its population of 1.4 million residents enjoy the idyllic climate, 70 miles of pristine beaches, and an array of world-class family attractions. What’s more, Forbes called San Diego the best city in the country to launch a small business or startup company in 2014. The city of San Diego is one of 18 cities that encompass San Diego County, along with numerous charming neighborhoods, including downtown’s Gaslamp Quarter, Little Italy, La Jolla, Del Mar, Chula Vista, and more.

Today, along with small businesses, one of San Diego’s longest-reigning economic engines is its strong ties to the military and defense-related industries. Having its own deep-water fort, San Diego has the only submarine and shipbuilding yards on the west coast. It is also host to the largest naval fleet in the world. Several major national defense contractors have started and are now headquartered in San Diego, including General Atomics, Cubic, and NASSCO. Along with a naval fleet, Marine Corps bases and Coast Guard stations are also present in San Diego.

It’s no wonder that San Diego is one of the sunniest and fastest-growing cities in the country. It's become an attractive alternative for engineers and venture capitalists alike. Being that the number of millennials is ever increasing, you can bet that the region’s supply of tech jobs is increasing faster than many cities across North America. Diversification in the tech sector coupled with an increase in VC spending and San Diego’s lower cost of living (compared to other markets), positions San Diego as a great place to establish or grow a technology-focused business.

San Diego technology inventions can be traced since the 1990s with the pixel for data collection. Urchin Software eventually became Google Analytics while WebSideStory is known as Adobe Analytics today. Other tech giants have followed suit in acquiring smaller companies or simply moving into the city. Amazon’s plan for a new 85,000 square foot office space for rent San Diego with 300 new high-tech jobs in software development, machine learning, cloud computing, and digital entertainment will surely add to the appeal. Similarly, Walmart Labs (the retailer’s technology arm) is to triple their personnel count and move into a modern 30,000 square foot San Diego office space within the near future.

So, what are you waiting for? Call one of our experienced commercial real estate brokers today to schedule a tour of some great Laguna Hills office space for rent: 1-888-518-9168